In her campaign for U.S. Senate, California Attorney General Kamala Harris has pledged to “clean up” the scandals and reduce wait times at the U.S. Department of Veterans Affairs.

The issue, Harris has said, is a matter of life and death.

“It is unconscionable that 22 veterans take their own lives each day. We must ensure that they have support to adjust to civilian life,” Harris, a Democrat, said on Twitteron August 18, 2016.

Harris made the same claim about veterans suicides on her website here, where she adds that she’ll work “to ensure that every Veteran knows what benefits they earned and how to access those benefits.”

We wondered whether the suicide statistic Harris used is correct.

Checking a somber number
Her campaign spokesman said Harris used a widely-cited figure of 22 suicides per day from the VA’s 2012 Suicide Data Report, which examined veterans deaths in 21 states, from 1999 to 2011.

That study’s researchers, as noted by the Washington Post Fact Checker, cautioned against the use of the 22-deaths figure more than once in the study: “It is recommended that the estimated number of veterans be interpreted with caution due to the use of data from a sample of states.”

Researchers gave a range of 18 to 22 veteran suicides a day.

Harris chose the high-end of this range.

Importantly, Harris’ figure of 22 suicides per day fails to account for research the VA released in July for its most comprehensive report yet on veteran suicides.

The VA examined about 55 million veterans records from 1979 through 2014. It found that in 2014, the latest year for which figures are available, 7,403 veterans took their own lives, or an average of about 20 a day.

That’s close to the 22 suicides per day cited by Harris, a figure that continues to be used by many others despite the new, more extensive research.

It does not take away from the point Harris is trying to make: That the rate of veterans suicide is far too high. VA figures show that in 2014 veterans accounted for18 percent of all deaths from suicides among adults in the United States while they made up only 8.5 percent of the population. 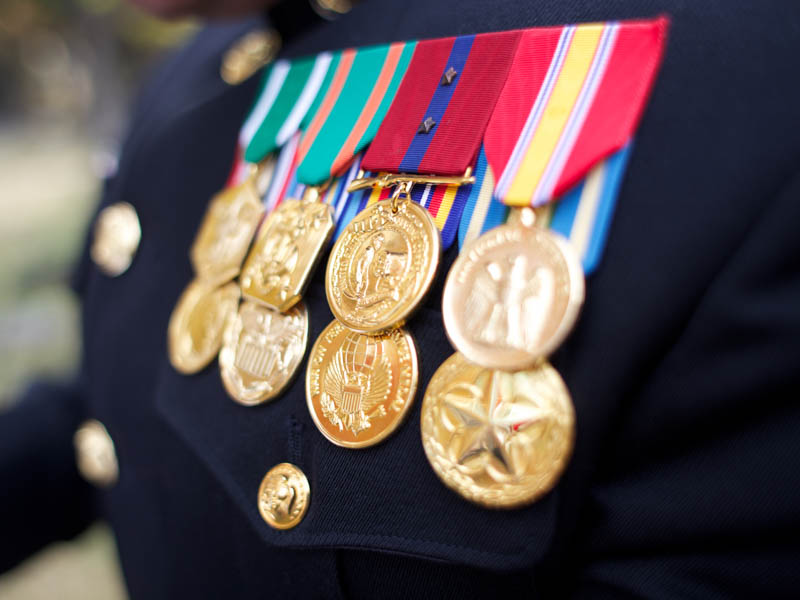 One prominent voice in American politics has cited the new number.

PolitiFact Virginia rated a claim by Donald Trump in July that “a shocking 20 veterans are committing suicide each and every day, especially our older veterans,” as True, based on this new report.

PolitiFact Virginia added that the VA always acknowledged that this old study (from 2012) was limited. Notably absent were records for California and Texas — two states with very high veteran populations.

The new figure of 20 veteran suicides a day is based on records from every state.

When asked, Harris’ campaign spokesman acknowledged there has been new research.

“Kamala believes strongly we must work hard to get that number to zero,” the spokesman added.

Old study widely cited
Harris is not the only person to cite the 22 suicides per day statistic from the old study.

Her opponent and fellow Democrat in the race for U.S. Senate — U.S. Representative Loretta Sanchez — has repeated it, including in this video posted in November 2015.

Our ruling
Kamala Harris recently said “22 veterans take their own lives each day.”

The number she cites relies on data from a 2012 VA study by the VA, which was limited and included caveats.

That old report has been widely cited by Republicans and Democrats, including Harris’ opponent in her run for U.S. Senate.

But Harris’ claim ignores research the VA released in July for its most comprehensive report yet on veteran suicides, with records from all states.

The new study found an average of about 20 veterans a day, two fewer than what Harris claimed.

Harris’ statement is close, but needs clarification or additional information.

We rate her claim Mostly True, which means the statement is accurate but needs clarification or additional information. Click here for more on the six PolitiFact ratings and how we select facts to check.
—
Ed’s Note: PolitiFact California appears with the permission of Capital Public Radio. Contact PolitiFact California on Twitter @CAPolitiFact or via email at PolitiFactCA@capradio.org with interesting or provocative claims made by candidates in California. We’ll review them for a possible fact check.